Can Christians listen to Heavy Metal 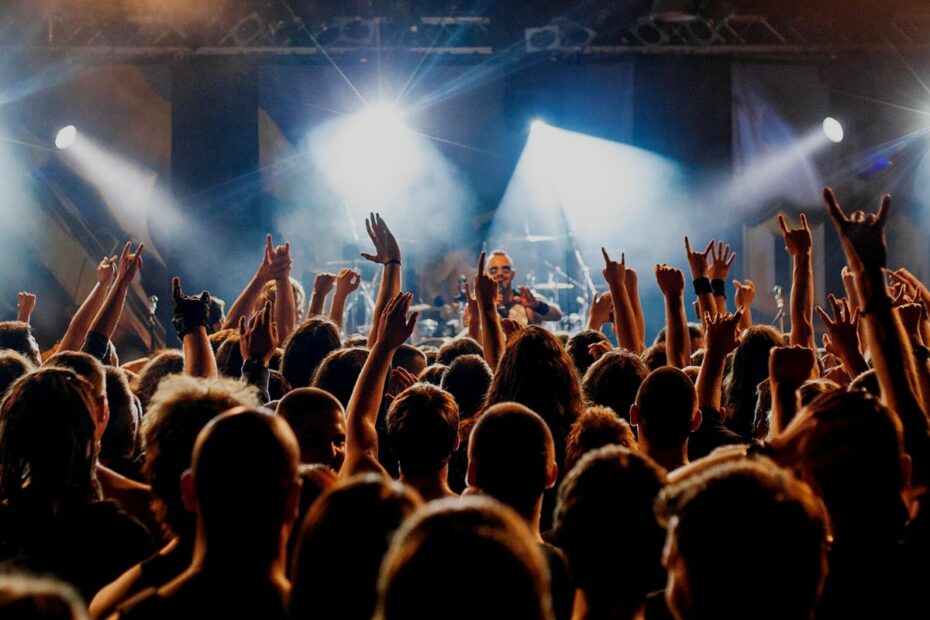 Some people worry that heavy metal is simply too loud for an environment like the church and not something that Christians would want to listen to.  But doing so would be mistaking tone for volume. Pop and soft rock make up the majority of church music. We can turn the band’s volume down so that we can hear the church sing, regardless of the genre. The voice of the entire congregation serves as the most significant instrument in a church setting. Instead of competing with singing, musical accompaniment should enable and enhance it.

Many Christians have this opinion. A lot of metal has a really aggressive, angry sound, and it often conjures up sinister images and emotions. It is for that reason that some people question whether it is demonic.

So, how can you blend metal music with Christian hymns? Well, a ccording to the Bible, everything in creation was designed for Jesus (Colossians 1:16).  Thus, music was created specifically for Jesus and it logically follows that heavy metal was created with Jesus in mind.

In contrast to the idea that humans and music were created for Jesus, Genesis 1-2 depicts humans as having being created with a vast array of choices and the capacity to produce art and culture. God’s creatures create music rather than him directly. So, after sin (Genesis 3) is introduced, we start using music in an immoral way. Therefore, is it not possible that the forms of culture and art that sinful humans produce may be wholly sinful and inappropriate for Jesus? How can Christians appropriate heavy metal – a musical style that is (perhaps) inherently non-Christian?

Here are a couple of options in response. First you need to identify what heavy metal music is all about before demonstrating how metal is a part of God’s beautiful creation and suitable for all Christians.

WHAT IS HEAVY METAL MUSIC ABOUT?

There are many different themes in heavy metal music. Although most genres also have prevailing themes, that is true of most of them. Rap deals a lot in lyrics about gang conflict, rock is about intoxication, opera is about murder, country is about everything breaking or becoming lost, and pop music is about love or sex.

There are some recurring unfavorable themes in heavy metal. A lot it undeniably glorifies Satan for example. There are also different types of metal that talk about brutality and torture.

The fantasy genre, particularly the mythology found in J.R.R. Tolkein’s The Lord of the Rings, has, on the other hand, had a significant influence on a lot of metal.

Metal often blends with fantasy themes because of its powerful, epic, and violent themes.

The associations and pictures can be gruesome sometimes though. Metal frequently incorporates spooky themes like vampires, goblins, skeletons, and the living dead. At first glance  “Eddie,” the mascot of Iron Maiden, looks pretty scary looking.

Eddie is actually a very humorous figure, though, as you can see if you attend an Iron Maiden performance. Metal frequently has rather goofy themes and lyrics.  But it’s also easy to understand how metal could degenerate into offensiveness or even openly celebrate evil and death.

If anything in this seems to criticise heavy metal, keep in mind that mainstream music also has different levels of wholesomeness. Pop music does with sex what metal usually deals with death and fantasy ideas. Some of the  album covers and music videos contain graphic sexual imagery and lyrical content. Pop music would probably be the first to go if we were to judge an entire genre by its worst representations.

Alternately, we can just acknowledge that every musical genre has both positive and negative examples. It’s okay if you personally don’t enjoy metal or any other type of music.

METAL IS GOOD BECAUSE CREATION IS GOOD

Let’s go back to the original question. How can we be certain that heavy metal is a fundamentally good form of music suitable for Christians wishing to serve God?

How? Since it’s a component of God’s world. Halloween is another invention of human culture that many Christians at least believe they should reject. Is it inappropriate for Christians to participate in Halloween today because of its historical associations with demonic spirituality? Paul claims in 1 Corinthians 8 that food offered to idols is not spiritually impure.

The food is fine – it has simply been used in an unethical manner. The same holds true for music and Halloween. God has given us many wonderful things, yet we frequently abuse them, such as harvest, festivity, imagination, and music. These things remain beneficial in and of themselves. Everything in creation, good or terrible, contains some positive elements.

God created everything and judged it to be “good.” God’s position on this hasn’t changed. The issue is that people abuse and degrade music by using God’s beautiful creation for sinful purposes. Humanity has always taken that course in every aspect of life ever since Adam and Eve chose to listen to Satan rather than the voice of God. Demon worship is an issue caused by human sin, not by heavy metal.

No Christian doctrine supports a rejection of any musical genre as intrinsically evil. Unavoidably, we will value some music higher than others.

However no music is as a result of evil. It’s a gift from God that people use to convey a variety of views with differing degrees of proficiency and in accordance with personal preferences.

So come on Christians, let’s use heavy metal to praise God!