Is Sam Ryder from Eurovision a Christian? 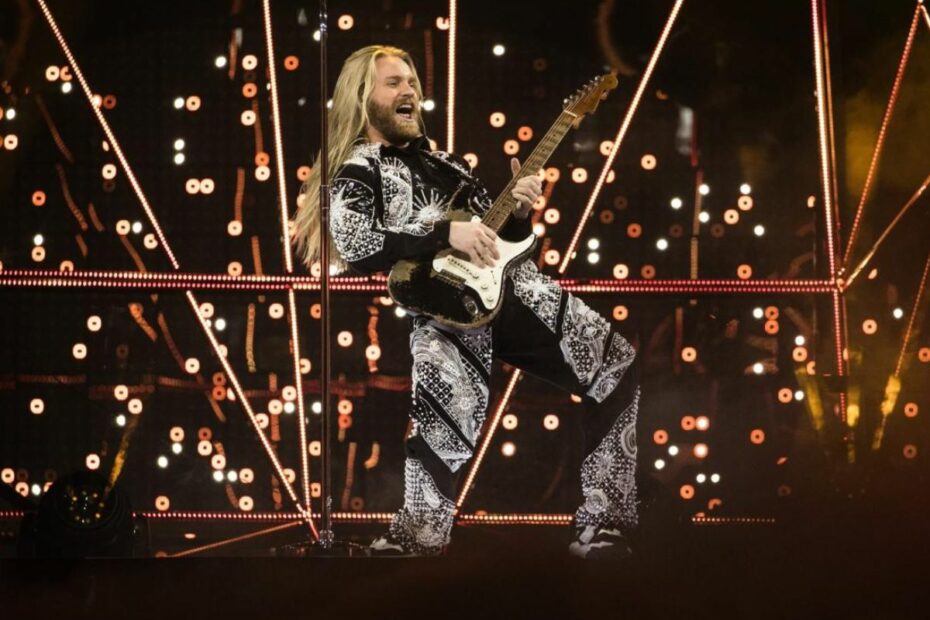 When Sam Ryder compared the mood at Eurovision to being at church, the ears of many a Christian perked up. Is Ryder himself a Christian?

British sentiments about Eurovision have fluctuated over decades between snobbishness, victimization, and shame. Two years of consecutive losses, including last year’s utterly merited “nul points,” were a low point that necessitated a response.

Sam Ryder restored dignity when he finished second to the Ukrainian act Kalush Orchestra this year. He also informed the country that it was a purposeful effort to raise the bar for entrants.

Many Christian ears perked up when he later admitted to Radio 4 he was sat there in the green room and utterly enveloped in the energy of that arena.

He likened it to being in a church because there was so much joy.  Making that analogy is not typical – was this statement referencing his Christian faith?

Everyone wants a piece of Sam Ryder after his triumph. Second place was comendable when you consider it was Ukraine who won. He started making TikTok videos during lockdown; recreating songs by artists ranging from Michael Jackson to Adele and from there was where his story began.

Ryder, though, did not become famous immediately. He has performed in bands on both sides of the Atlantic playing guitar and singing. Notably both bands were Christian.

There is a lack of material on Ryder’s beliefs, and most of the evidence is circumstantial. Don’t make too much of the way he ends interviews by saying Bless you or how he refers to himself as blessed. However, being Christian does appear to be a big part of life for Sam Ryder.

Between 2002 and 2007, he may have learned some of his lyrics in a Catholic school where he was already honing his showmanship.

A trip to watch the relatively demonic Sum 41 with buddies from year seven changed their lives. The group of friends came up with a ten-step strategy to get signed after the concert. After seeing Lordi’s 2006 Eurovision triumph, “Hard Rock Hallelujah,” with the band sporting horror prosthetics and wings, Ryder was motivated to learn how to play the guitar.

He started a small band called The Morning After that performed heavy metal with an 80s vibe. Ryder penned the majority of the songs, but there aren’t many hints of his Christian faith; especially considering that parts of the words were loaded with obscenities. The opening song describes how twenty six hundred years ago on an old island, people lived in fear of a vicious satanic beast, who fed on human flesh every nine years. This appears to have been influenced by the Lordi performance. Other themes include defending one’s homeland and enduring “the worst period of man.”

“I’ve got more faith than you could believe” is a lyric from the band’s Def Leppard-inspired second album. However the setting was fantasy, horror, and dystopian landscapes. The song “I’ve got a life worth living” is also about a girl.

In one review, the group was compared to the the Canadian band Blessed by a Broken Heart. When they switched labels to Tooth & Nail Records for their subsequent record, Ryder joined them and ended up playing guitar for them on their European tour.

The ties to faith become more apparent at this point. At HeavenFest, a Christian music festival that has featured Switchfoot, Phil Keaggy, and Lauren Daigle, Blessed by a Broken Heart wrapped up their previous tour. Christian music is primarily associated with Tooth & Nail Records.

In the song “Skate or Die” Ryder sings “Lord God, my part is to seek your kingdom.”

When asked about being called a “Christian band” by Christian metal magazine HM in 2010, Blessed’s frontman Tony Gambino replied, “We have done our utmost not to advertise ourselves as a Christian band, simply because it will limit the amount of people you reach with your music. Everyone should hear our message, which is positive.

Ryder supplied lyrics to this band, and once again, Christianity remained much in the background. It only became apparent in an unusually religious song (“Skate or Die”) about skating. He also sings that the open road is his ticket to freedom in addition to the lyric, “God bless you and your home.”

Ryder echoed Gambino’s response when he said, “Not important, We are not a religious group. We play heavy metal and have a few Christians in the group.” to the question posed by a Spanish rock website, “How significant is Christianity at the time of writing the songs?”

Ryder, whose full name used to be Sam Ryder Robinson, joined Close Your Eyes for their 2013 album Line in the Sand.

Sam added a tremendous singing gift to the band, said their guitarist Brett Calloway in an interview. He also said that he was undoubtedly the most gifted vocalist he had ever encountered and it was good that he shared their interests and convictions.

It’s unclear exactly what such views are or how they might affect Ryder’s nearly certain future success. Christian fans however will no doubt be keeping an eye on the future career of Sam Ryder.