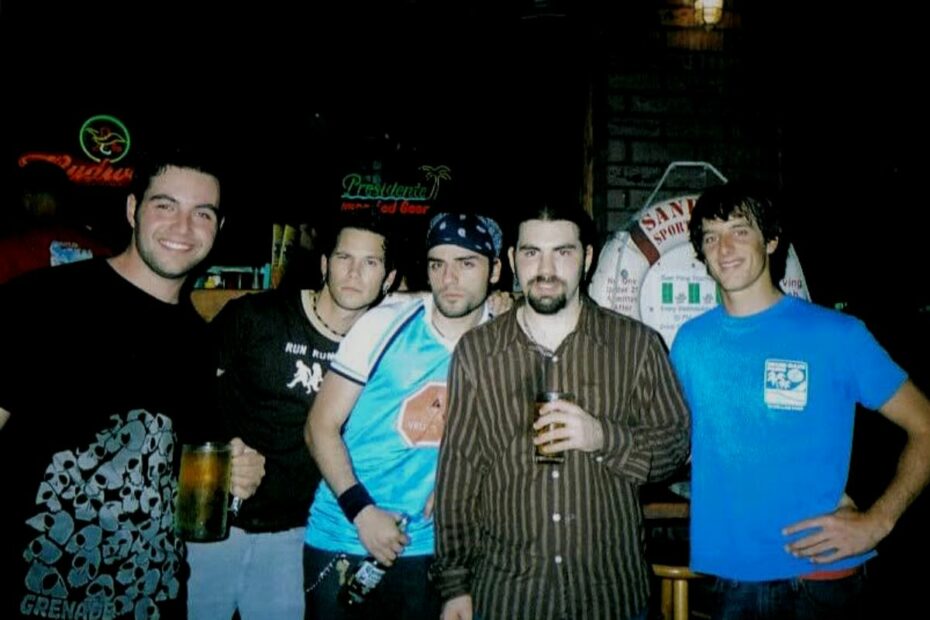 Oscar Isaac is certainly a talented individual. He is probably most well-known for his appearances in Scenes from a Marriage Story, the Star Wars saga, and in Dune. However movies like Inside Llewyn Davis have also acknowledged his musical abilities. Oscar Isaac was once the main vocalist and guitarist for the Christian ska band Blinking Underdogs in the late 1990s and early 2000s.

While they attending the University of Florida at Miami, Isaac and four of his college friends started the band. Despite producing decent music they never achieved great popularity. The Blinking Underdogs opened for bands like Green Day and performed at the Warped Tour festival. Unfortunately most video evidence has vanished from the Internet.

Isaac stated he was actually a member of several bands during an interview with Jimmy Kimmel.

These included Closeted Heterosexuals, Petrified Frogs and the Worms. The Blinking Underdogs, however, were his final and most successful endeavor.

Isaac’s presence and voice would almost certainly draw you in to the music, whether or not ska bands are your thing. According to Isaac, his experience in the Blinking Underdogs exposed him to a variety of musical genres.

They essentially began as a punk band but as they  went along they made an effort to try out various types and styles. They can’t play as frequently as they would have like because all the guys live in different states, so it’s currently in a transitional stage. His recent writing has been a little more folky and unusual and stylistically all over the place according to Isaac. He played in a few other bands in high school, but this one began in Miami after he graduated. They even performed at the Viper Room in Los Angeles in May 2021 after touring the East Coast. They haven’t played since but have a full-length record coming out as well as a six-song EP.

In a GQ interview, Oscar Isaac, recalled attending the Christian music event Cornerstone. He described as a Christian Woodstock even akin to a Christian Coachella.

They had Christian hardcore bands and Christian metal bands in addition to various tents and other things.

Floyd Kelley, a boyhood friend of Isaac’s, stated in an interview with The Sun that he might easily have been a punk icon. Not like John Lydon because he’s a little too in your face but more like Joe Strummer type or Bob Dylan.

She said that Oscar was a poet, though it sounds corny. He was unquestionably a talent seemingly from another era but lacked the ego necessary for today’s music business.

Isaac departed the band despite their modest success in order to enroll at Juilliard. We can only hope that the Blinking Underdogs will soon reunite since he thankfully still seems to think fondly of his ska days.